With enormous advancements in the steel, electric, and automobile industries, the first decade of the 20th century was an exciting time for people all around the world. A turning point in our climate is also represented by industrial advances. According to a global team of specialists lead by the University of South Florida, the sea level has risen by 18 millimetres since the turn of the 20th century (USF).

The study, which was featured on the front cover of Science Advances on July 1, aims to calculate preindustrial sea levels and explores how current greenhouse warming may affect sea level increase. The team travelled to Mallorca, Spain, which contains over 1,000 cave systems and some of which have deposits that date back millions of years. The team comprised graduate students from USF. For their investigation, they focused on deposits that date from 4,000 years ago to the present. The researchers discovered proof of a previously unrecognised 20-centimeter sea-level rise that took place when ice caps melted gradually over the period of 400 years at a pace of 0.5 millimetres per year, some 3,200 years ago. Otherwise, the sea level remained remarkably steady until 1900 despite significant climatic upheavals as the Medieval Warm Period and the Little Ice Age. Bogdan P. Onac, a professor of geology at USF and the study’s principal author, declared that the findings were troubling. “When compared to the naturally occurring change in ice volumes over the last 4,000 years, the sea level rise during the 1900s is unparalleled. This implies that if global temperatures continue to rise, sea levels could eventually reach higher levels than scientists previously estimated.” 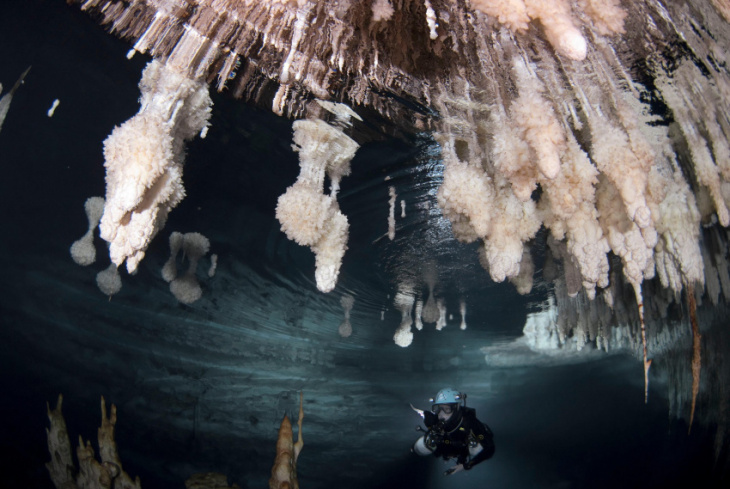 The team collected 13 samples from eight caves around the Mediterranean Sea coast in order to construct the timeline. The deposits are uncommon, only developing close to the shore in cave systems that were frequently inundated by seawater; hence, they serve as precise indicators of changes in sea level throughout time. Researchers can predict how quickly the sea level will rise in the ensuing decades and centuries thanks to the vital information included in each deposit about both the past and the future.

The samples were brought to the Universities of Bern in Switzerland and New Mexico, where specialised equipment was utilised to calculate the materials’ ages using the uranium-series method.

The gradual decay of uranium into other elements like thorium and lead enables scientists to construct a timeline of the sea level recorded in each deposit. In order to demonstrate an accurate history of the sea level, forecasts were made at Harvard University using a variety of ice models and Earth’s parameters. These forecasts are crucial because they enable scientists to calculate the historical global mean sea level, which is crucial for tackling sea level rise in the future. According to Onac, irreparable harm would result if humans continue to be the primary cause of global warming and the temperature rises by 1.5 degrees in the near future. After that, “there will be no turning back” The average sea level rise since 2008 is 1.43 millimetres per year, based on ice mass loss from the Antarctic and Greenland.

Onac claims that while permanent flooding due to sea level rise won’t occur over night, it will become increasingly common during storm surges and hurricanes. With roughly 40 percent of the world’s population residing 62 miles or less from a coast, the sea level rise could have devastating societal and economic repercussions. “Simply because the system is warmed up, sea level will continue to rise for at least a number of decades, if not centuries, even if we stop right now.”

In June, Onac received a new research grant from the National Science Foundation to continue his research to predict future sea-level rise due to global warming. The grant will allow Onac to expand the research further into history by 130,000 years and create a better understanding of sea level globally. Starting in September, Onac and his team will begin analyzing cave deposits from around the globe, including Italy, Greece, Mexico, and Cuba.